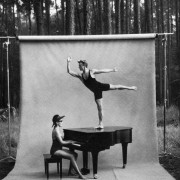 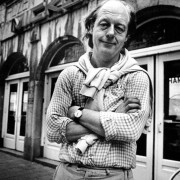 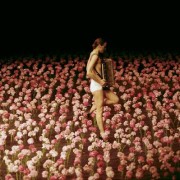 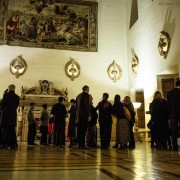 French Government guidelines stipulate that citizens of France must be at least thirty years old, respect French civil law, and must have “significantly contributed to the enrichment of the French cultural inheritance” to be considered for Award.

Membership is not, however, limited to French nationals, recipients include numerous Foreign Luminaries.

The Order has three grades:

The Médaille of the Order is an eight-point, green-enameled asterisk, in gilt for Commanders and Officers and in silver for Knights.

The obverse central disc has the letters “A” and “L” on a white enamelled background, surrounded by a golden ring emblazoned with the phrase République Française.